At the same time, the other Family members milk cows in the barn before returning home as Hyori and Daesung help to finish breakfast preparations, making some ice cream along the way. Following dinner, the Family visit a local music hall to practice for a village performance. Afterwards, the Family recombine for a sled race down a snowhill, with highlights including Hyori expressing her displeasure at Jongkook for losing and Jaesuk falling into the ditch during the last round. The Family then perform the last assigned task of harvesting leeks from the field before welcoming back the homeowners. Opening with Chunhee on a modeling shoot and Sooro preparing for college entrance exams, the Family gather at the village and enthusiastically welcome TOP. The wake-up mission comprises vocabulary trivia questions.

At the house, TOP overcomes some apprehensiveness to assist Yejin in the angler fish preparation before he, Hyori, and Chunhee depart to the market for dinner ingredients, buying six steamed buns along the way. The Family welcomes guests G-Dragon and Sungrok, who fills in for the busy Chunhee, before heading to the village house. Highlights include Jaesuk singing as TOP in Haru Haru and the Family finding a wide variety of fish, as well as a small shark, in their nets. On the beach, Sooro and Jongshin trade praises while directing Sungrok, as the other Family members dive for abalone. During cooking of the kimchi stew, the men discover they’ve added the potatoes too late, so are forced to prematurely serve the stew with the kimchi and other ingredients getting burned, thus incurring the criticisms of the other Family members for the half-cooked potatoes. Back at home, Jongkook and Yejin are teased for wearing matching pink clothes, enduring ‘newlywed’ jokes from Daesung, with which Jongkook counters with threats of violence.

Gathering at the village, the Family tease Jongkook for ignoring them while inviting Yoon Eun-hye to his concert and Hyori is intimidated by Wonhee’s presence. The four of them go off to the market and buy ray fish to prepare. Wae Ahm Village, Chungcheong.

After completing this assigned task, the Family join forces creatively to film an advertisement CF for Korean beef, the local cuisine, based on the theme of a “love scandal” between Hyori, Yejin, and Yoon Eun-hye. The second sequence highlights the rivalry between Park Hae-jin and El after their water race and during bamboo climbing. Wonhee selects Jaesuk and Daesung to assist her with breakfast preparation, with the three catching a chicken from the local farm after much consternation.

After eating, the Family plays the Saranghae game, featuring 1 vieteub and verbal jabs between Ojting, G-Dragon and Yejin and 2 Jongshin’s teeth attacks on Jaesuk.

The episode opens with Jongshin penning a song and Jongkook playing soccer. The next morning, the wake-up mission involves a trivia game, ultimately with Daesung and Jaesuk being held responsible for breakfast duty.

Highlights include 1 Hyori’s team dominating every game despite having the “worst” members of Jaesuk and Jongshin and 2 an emerging rivalry between Haejin and Jaesuk. The episode features abbreviated breakfast cooking and eating sequences, leading into vietsib morning dance exercise session.

Highlights include Chunhee driving the forklift and Sooro’s Bruce Lee-style bag tearing. After gathering sea snails from the beach, Hyori and Seungwon prepare breakfast while Jongkook is assigned helper duty.

Finally, the Family complete their last assigned task of planting garlic in the farm fields before welcoming the return of the homeowners. After dinner, the Family perform a hanbok fashion show, with Jaesuk attempting to act as suave as Henney, before everyone helps to prepare rice cakes for the village.

The Family gather at a local village and play around in a lotus pond, competing in a team boat race.

Gombaeleong, InjeGangwon. Chunhee selects Yejin, Joon-gi and Sooro to accompany him in preparing breakfast, with the foursome setting out into the forest to collect bamboo shoots. Following breakfast, the Family head to the beach to play a game of queen dodgeball, where teams protect their respective queens of Hyori and Yejin, highlighted by Jaesuk’s multiple body shots.

Beyond cleaning fish and fetching supplies, Jaesuk must carry Sooro and Jongshin to the faucet as the latter wash their hands.

Before going to bed, the Family start preparing vietsun buns, featuring famkly emergency resuscitation of dough by Jaesuk and Bumsoo seasoon Chunhee kindly staying up with Sooro to stir the red beans. At the house, Jongshin becomes more familiar with Sooro and Jaesuk and Jongshin attempt to rescue the squid stew with ramen seasoning.

The episode ends with the homeowners being welcomed home. Hyori and Chunhee take turns climbing on each other’s backs while gathering chestnuts, with Chunhee painfully stepping barefoot on a thorny chestnut burr. Bedtime features the last placed Jaesuk relegated to sleeping in the bedroom corner along the hallway to the bathroom. Highlights include the repeated capsizing of the boat steered by Hyori’s team and the Family members washing and cleaning each other off after the muddy play. 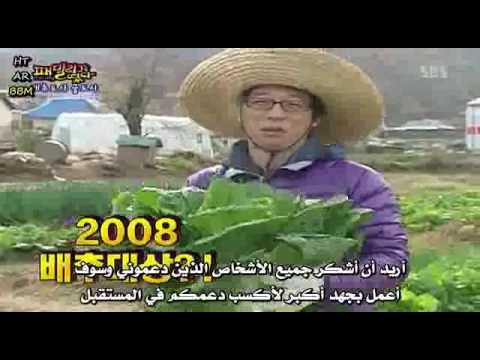 As the rain and wind worsen, the Family help, and occasionally sabotage, each other while crossing a small creek before partaking in a race game with the objective of being first to ascend a large haystack. IslandTaeyeon Girls’ Generation. With the men fawning over Dambi, Hyori makes wisecracks at Dambi’s expense at every opportunity, only to have the men come to her defense with praise, song and dance.

Highlights of dinner preparation include 1 the “Dumb and Dumber” brothers picking perilla leaves, while fearful of Hyori’s scolding, 2 Stepmother Kim and Chundrella digging for potatoes, and 3 Jongshin secretively seasoning the stew with ramyun powder.

Highlights of dinner preparation include Jaesuk pretending to undergo castration, Hyori and Yejin chastisting the men whenever Wonhee’s protection is unavailable, and Wonhee carrying out a beef cutting ceremony. After Hyori’s team victory, the Family gather to clean the fishing nets before wiping down the house and welcoming the homeowners home.

For the last episodes of Season 1, previous members Lee Chun-hee and Park Ye-jin along with Park Si-yeon, who has been absent due to a back injury, return for a reunion. After dinner, the Family verbally duel to guess eep members’ first impressions of each other, with teases aimed at Daesung’s appearance, Chunhee’s uselessness, and Jongshin’s sickness and talkativeness.

After breakfast, the Family feed the cows and head to an outdoor vamily to perform for the village. The Family welcomes guests G-Dragon and Sungrok, who fills in for the busy Chunhee, before heading to the village house.

After dinner, the Family visit a local school to play a game guessing each member’s childhood report card comments. The Family then perform the last assigned task of harvesting leeks from the field before welcoming back the homeowners. Highlights of the game include piggybacked jumps from the Hyori-Jaesuk and Yejin-Jongshin tandems.

Finally, with everyone returning home, the Family enjoy a chicken snack and fall asleep. Donning bib pants, they set off on a boat to harvest fishing nets. At the village, the Family heartily greet Hyuk, with Hyori disappointed to find him already married. To determine sleep order rankings, the Family perform a costume fashion show, featuring Daesung’s cross-dressing, Sooro and Jongshin as Boys Over Flowers characters, and Jaesuk’s dripping and hairy nose, with the three last-ranked men delegated to sleep in the unheated living room.

Dinner preparations feature 1 “Dumb and Dumber” having difficulty deciding on how many pumpkin leaves to pick, 2 Jongshin, Jaesuk, and Hyesung attempting to properly season the soup, and 3 Chunhee being bossed around and nagged by the tandem of Hyori and Yejin.

Following dinner, the Family visit a local music hall tamily practice for a village performance. Gathering back at the house, Yejin teaches Junsu to prepare the fish at the distress of Jaesuk and Hyori while Yunho and Daesung go off to aeason vegetables, conspiring to bribe the women with sweet potatoes. After oyting, with Chunhee returning, the Family play the “Truth” game, guessing each other’s good and bad points as decided by the other members.

Later, Chunhee and Yejin discover Hyori being carried down the mountain path by Jongkook, causing him much embarrassment. After dinner, the Family wrap Christmas presents for the local village children, who are introduced with self-portraits. Jongkook joins the “Dumb and Dumber” tandem to dig for ginseng, while Sooro and Jongshin lounge about the house, directing Yejin in fire starting.

The Family fly and bus to the local village, with Jaesuk arriving late due to car troubles. At the same time, Chunhee endures the oppression of Yejin and Hyori as he picks flowers and recites poetry, while Daesung starts dinner at the house, under the supervision of Sooro and Jongshin.