The human race is no longer a dominant force, it’s stuck dealing with internal politics while trying to keep the centaurs from breaking down the very gates of their city. GW1’s story was extremely generic, yes, but it was well written. When I’m playing a video game about being an epic hero, I’m not interested in playing the part when he pulls weeds for the local farmer. But it all got shoved into the past, with some weird history revisionism in the Ascalonian Catacombs to make the Charr seem better compared to the Ascalonians Well at least on engineer, with all that stuff about developing a weapon, testing it on ghosts and such. This game is built to permit mindlessness, and yet there’s a lot of good concepts and thoughts put into this world if you actually take the time to think about it. I ran two humans, each with different story choices, so here are my thoughts: Players at the time were almost all GW1 vets, or were getting into GW1 in preparation for GW2, so they all had some degree of introduction to the other races.

That said, I think it is canon that all of the story arcs happened , suggesting that there are at least fifteen heroes… however, only one of them is the Dragonslayer. I much prefer the Norn starting area although I like the Sylvari’s personal story better. Pages 1 2 NEXT. All characters begin as a member of their selected race, experiencing a specific storyline that winds through a racial homeland. Dunno, maybe I just play these games differently. A good example is diablo.

The problem is, there are 5 races, and there is only one pact commander who was chosen by Trahearne to motivate the pact. You could think of it this way: Cultural armor is another thing to take into consideration for your choice of race, as well as faction armor for your faction choice.

The bandits don’t even have a real political agenda. They evolved beyond boring bland enemies as they were in Prophecies into something beyond that, but it’s clear from the original writing that they did not have this planned out in advance. 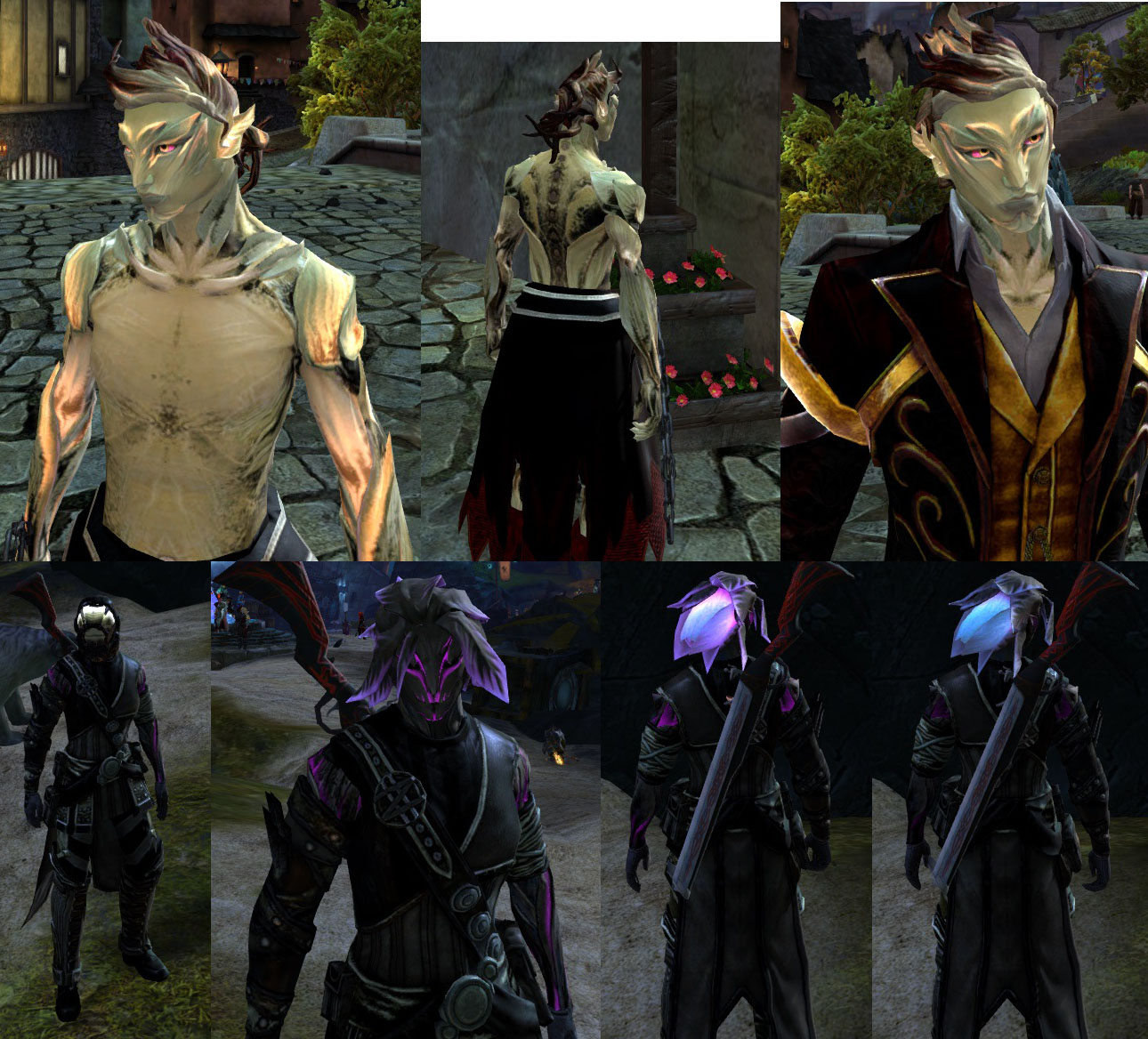 Has not yet begun second arc at the moment, my second human and one of my norn are the ones receiving most story attention.

Because a lot of people don’t care about that inner politics stuff. Originally Posted by Adversarius. And Norn story is not bad, I liked it. Make sure this is what you intended. Anyway, last I checked all races play a part in the story of the GW2 world.

Story is only different up until about level The Norn starting area gave me the viking vibe. I’ve done Claw of Jormag 80 sylvvari by now for sure, and I still did not get tired of it. Protector of spirits is a bit weak, maybe something else is better, but lost heirloom storyine good and then dealing with the rats is good as well. Originally Posted by smrund. The character is introduced by their mentor to the three Orders and made aware of the true threat of the Elder Dragons.

Latest Videos Reviews Everything. The common thing about the Charr story it to rebuild your character warband party. The human race is no longer a dominant force, it’s stuck dealing with internal politics while trying to keep the centaurs from breaking down the very gates of their city. Please Log In to post. It’s given that Grove is just stunning but all the rest goes to Norn starting area hehe.

The only areas I tend to dislike are the Flame Legion hidey holes, and only because they respawn insanely quickly. As for Elona, we know Palawa Joke-o is in charge, but he has no interest in turning everyone into undead. But yeah, the stories are all so terribly weak and told in such an uninteresting manner I thought ‘sod this’ after the first couple missions and went my own way.

Arenanet really dropped the ball on the story aspect of the game, which is not the greatest selling point for a game most consider to be a groundbreaking mumorpurgerr. It is said that the stag will trade a magical boon for its freedom, if I can catch it. From what I have seen Charr Ash Legion Gladium father, Charr Iron legion gladium father, Human street rat lost sister, Sylvari green knight all things deserve to grow I would say that the Charr have the most interesting story lines of the three while the Sylvari have the most unique.

Nightfall was much closer to a decent speed, but still not great. Combine that with the first expansion being Sylvari focused and yes, the story has been quite Sylvari heavy thus far. I loved the Norn story that involved guard ancient spirits, lost heirloom and see it as the best out of all the races I played through out the 3 betas and stress test.

From all I’ve seen so far Charr got the best story imo. Neither was EOTN’s story. Originally Posted by Mistral. If you happen to really like one of those, you could pick your race based on that alone. I’ve liked the Sylvari story the most so far, but that was also my first character I leveled to 80 after release.

I’ve done all three Human and Sylvari personal story variants, and I would say that the Sylvari story lines are a bit stronger. No hating on the Sylvari, they are the least sgoryline of all races. GW2 isn’t even morally ambiguous.

All times are GMT. Yeah, when you get down to it, the world is a very brutal place with a lot of combating political factions vying for control.

I started a human Thief character and apart from the Nolan North voice, found very little to like about this particular storyline. But gonna go with humans i guess. How about split the difference and make one race and level in the other race’s zone?

Though it may be which origin you choose. The character’s order sends them on a mission that leads them to discover that Lion’s Arch is Zhaitan ‘s next target. Well yes, because the dragons are sort of giant and city-sized and are currently devastating the entire eco-system. Asura- It sy,vari related to this competition depending which universities you picked and your Krewe work crew. It may be nostalgia based from GW1, but I just generally like the gloomy, dirty tech feel of those zones.

The specifics of the story depends on what race they chose, as well as one of their biography choices. I am very happy on how much the game changes, at lease for your personal story by the choices you make. That’s literally identical to GW2’s format, though GW2 is attempting to stretch its narrative into a much longer length than it can reasonably manage without some grinding in between parts. As if the lowest-common-denominator g2 style in a video game was too difficult to understand